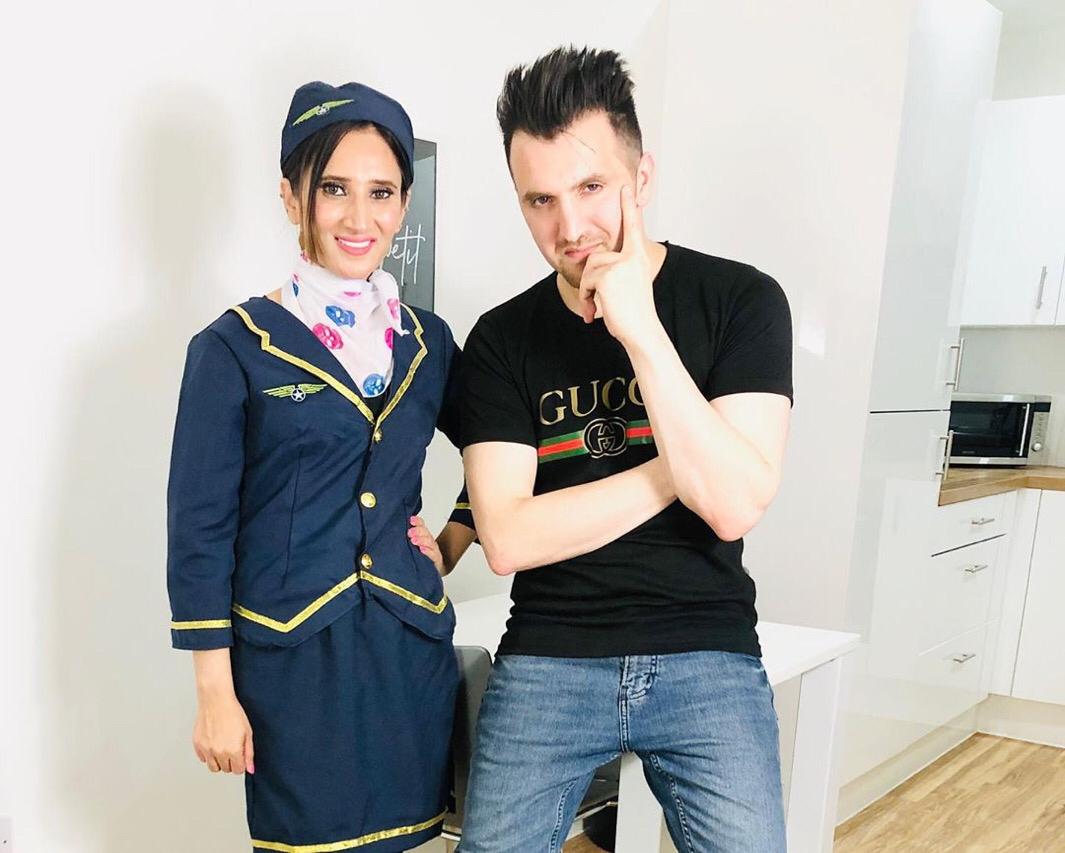 British-Pakistani social media influencer and entertainer, Ozzy Raja, with over millions of followers, is beating all the famous vloggers.

Popular for his comedy skits, this 30-year old entertainer, is being followed by 1.5 million followers on his Facebook account and over half a million Subscribers eagerly await his uploads on his famous YouTube channel.

Making his first entry into the world of social media, Ozzy Raja released his first single called ‘Dharti Di Hoor’ worldwide in March 2018. This musical video earned him quit a name and made him an internet sensation over the night. He initially started off on digital platform by posting 15 second videos to his Instagram account in 2016.

Most of Ozzy’s videos are with his charming wife Neeli Raja in them. Neeli was initially apprehensive about sharing camera with her husband but, later, the couple was liked and admired by millions of their fans and they wish to watch more of this couple on-screen chemistry. Now the integral part of Ozzy’s videos, Neeli is like ‘backbone’ who has helped Ozzy to make his YouTube channel to one that has attracted millions of followers worldwide.

Talking about Neeli’s role and contribution Ozzy said, “I can’t do much without Neeli. We sit together every other day, discuss our upcoming projects and write the script. We don’t really rehearse before the shoot, but we do take our time to make sure it’s done properly.”

Born and raised in England, Ozzy Raja was the only child. Going by the nick name ‘Raja’, this YouTube star is not only a professional graphic designer but is also a trained boxer. Ozzy also has diploma in business and has many a times appeared on various radio and talk shows. Not to mention Ozzy has also collaborated with BBC Asian Radio Network, which adds up to the long list of his success and achievements.

Taking a plung to this digital platform with no previous acting experience wasn’t easy for Ozzy, but this everyone’s favorite ‘guy next door’ made most of his skills and came out as one of the most loved YouTubers. Ozzy’s videos are not only very natural and reflects normal neighborhood but also tells ‘everyone’s life’ in a comic way.

“I have no background in acting. No-one from my family is in showbiz or a YouTuber. I took everyone by surprise when I first posted a video. They have all been so supportive, largely because my videos are wholesome and family friendly.”

Talking about his success story and the love his fans shower him with, Ozzy tells what gives his videos global appeal.

“My life has completely changed since I posted my first video in 2016. I was living a very quiet life and all of a sudden, I’m recognised worldwide. I never imagined to be where I am today. It’s an amazing feeling. All my videos are in Urdu and Hindi which is why my biggest fan base is in Pakistan and India, but what surprises me is that I have a large following from countries that don’t even speak Urdu or Hindi. That’s why subtitles are essential in my videos!”

“My fans are amazing! They invite me to their houses, not only in UK but abroad. They even offer to pay for travel. My fans in Manchester are unparalleled. Every time I am out, they stop me to take selfies and the excitement on their faces makes me extremely happy. It’s a wonderful feeling meeting the people who watch the videos and knowing I have won their hearts.”

Studying his viewers and taking the note of the popularity of social media over television, Ozzy made his content more appealing to his online audiences. To entertain millions of his fans who love to watch Ozzy in play, the entertainer keeps his contents appealing to all the ages.

“My videos resonate with people of all ages. I find that people from the same family, from parents to their children, can relate to the subjects and themes of my videos.”

To Ozzy his audience has always been so important and in a way they have always inspired him to continue exploring his creativity.

“The love and support from people that I wake up to every day, the countless beautiful messages and the growing following is what motivates me to keep being creative and making more videos and hopefully I can inspire an emerging generation.”

The humble and impeccable entertainer, Ozzy never knew his digital journey would take him this far. Ozzy definitely hadn’t have any experience or knowledge of social media platform but he indeed had knew that a best content and his hard work would definitely pay-off one day.

Riichylee talks about his passion for HipHop.

Music has the power to make a positive impact on people’s lives,” says Jacob Ambient

Founded by Sarkawt Shaban in 2015, PROTEX has been instrumental in helping thousands of people...

October 3, 2022
The News Bot promises to be a fair and objective portal, where readers can find the best information, recent facts and entertaining news.