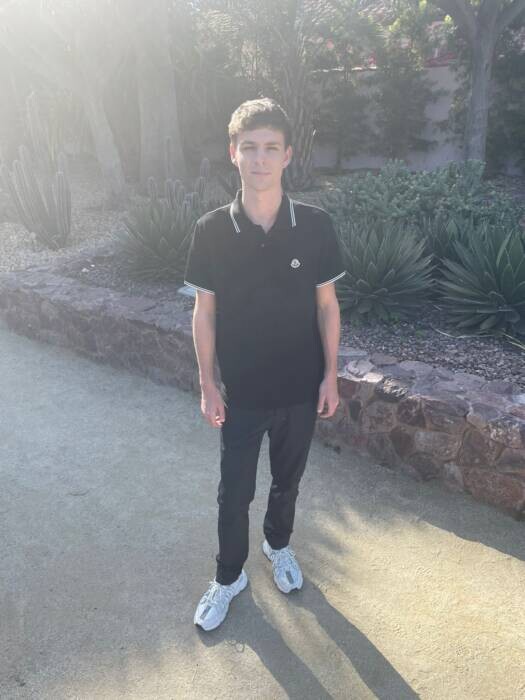 If GrowthwithMatty choses to live by his name, he has absolutely done so with his second EP, “The Cold Life,” which was released on May 14.

“The Cold Life” is more hip-hop influenced than his first EP, “Covid Dreams,” even though the two were released only months apart.

“The Cold Life” has a groovy feel. It’s not quite a dance vibe, it’s more mellow than that, but not nearly as mellow as “Covid Dreams,” which is a dreamier piece of work than his latest.

With “The Cold Life,” GrowthwithMatty gives instrumental music a new depth and a new energy. It is grittier and has more strength in its sound.

He recorded it in his home studio, likely inspired by the Miami-born musician’s time spent in the studio. He was there so often it probably looked like he was casing the joint.

“It was just around me and I loved it so much that I just kept going to the studio,” he told the London Daily Post in an interview earlier this year.

What the studio did for GrowthwithMatty

While there, he developed several different skills – an eye for producing other people’s music, along with an idea about the direction he wanted to take with his own work.

While he initially worked on beats – and still does so on the side – he has been crafting his own work for months, juggling many different challenges to make it through what are sometimes 85-hour days.

“The Cold Life” brings depth and a deliberate hip-hop edge to his work, while “Covid Dreams” could fit into many different genres completely comfortably.

His latest is likely more personal, a better reflection of what direction he hopes his music will take.

It has strength and power, with occasional elements of softness that show us how personal GrowthwithMatty is willing to get with his work.

While those closest to him know him for exotic lyrics, the public sees a more intimate side, since instrumentals are raw emotion set to music, and put much more power into listeners’ hands.

“I am more interested in music that inspires me to feel something simply through those broad brushstrokes, that allows me to interpret its meaning through the emotions that the song simply brings with it,” says music fan Jeff Pearson. “Instrumental music is what allows that type of interpretation the most, giving the listener the sounds but allowing them to write their own story built upon the emotions they elicit.” With instrumental music, “you’re just given the paint, and asked to turn your feelings into words.”